The Lambeth Labour manifesto pledged to ban smoking in playgrounds to protect children’s health and to reduce litter.

Based on the experience of other public spaces, the ban and signs should reduce exposure to second-hand smoke as well as discourage people from smoking. The ban should also cut down on litter from cigarette butts which can take up to 12 years to biodegrade and are dangerous to young children who may ingest them.

This week Cllr Ed Davie, Cabinet Member for Health and Adult Social Care (job-share) visited Jessop Primary School in Herne Hill where children helped design the signs that will be going up in playgrounds and parks across the borough. He gave out the prizes to the winning and second place designs. 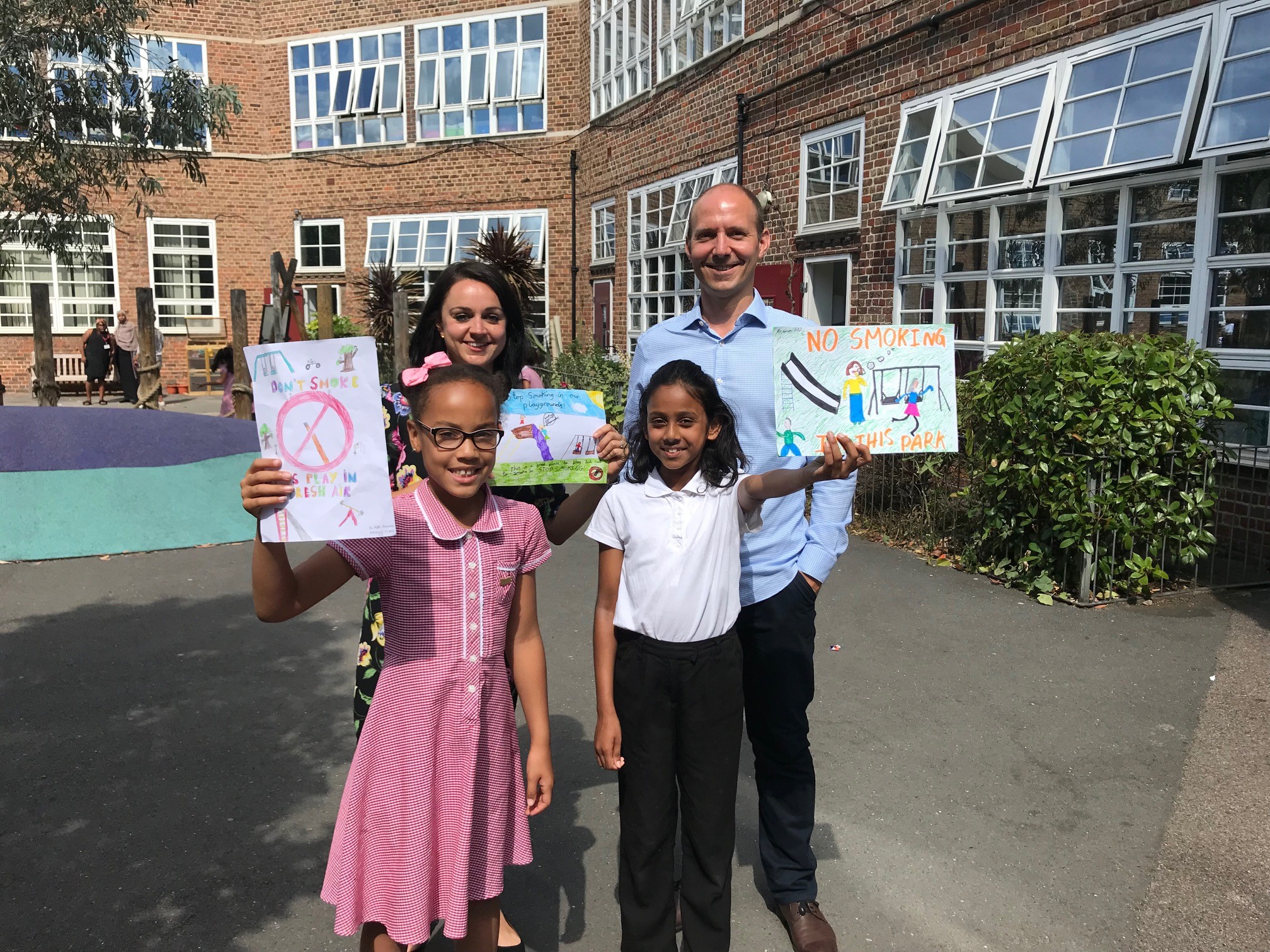 Cllr Ed Davie said: “Children are particularly vulnerable to second-hand smoke, which has been linked to an increased risk of a range of illnesses including asthma, wheezing, and middle ear infections.

“Through their posters, the children have told us loud and clear, that they don’t want people smoking near them. Lambeth council believes that our children and young people have a right to play, meet their friends and take part in sports in a clean, smokefree environment.”

Martinet Ackerman, Jessop Assistant Headteacher, said: “The children have been really engaged by this competition and we had pupils from Year 1 to Year 6 involved, so everyone here has been involved which is great. The competition has been a really good way of reinforcing anti-smoking messages to the pupils, as well as to their parents and many of them helped their children with the designs.”

If the ban is successful Lambeth Council will look at extending it to whole parks and other public spaces.