Coldharbour councillor Donatus Anyanwu on why voting does matter

“Lots of people say all politicians are the same or that voting doesn’t matter, but we work hard to listen to local people and get things done. Whether it’s housing, anti-social behaviour, the state of the roads or fighting for funding for local groups, we’re here for people and we work as hard as we can to help.”

Cllr Donatus Anyanwu on why local residents should use all three votes for Labour on 3rd May:

I moved to Lambeth in the 1980s and I’ve been proud to call the borough my home ever since.

I’m even prouder to have represented Coldharbour ward for the last 20 years, with its deep sense of community and rich history. Named after Coldharbour Lane, the ward was one of the first ports of call for the first arrivals on the SS Windrush in 1948 who gravitated towards the road’s labour exchange. The Windrush Generation, so shamefully treated by the current Government, have made an enormous contribution to Lambeth, helping to make it the diverse, radical, outward-looking place we know today.

I’ve seen first-hand how Brixton has changed and I understand the anxiety caused by the pace of this change. But the vast majority of the people I speak to would not want to go back to the 1980s. Brixton is a safer place now, with more opportunities for young people, better community facilities and higher standards of housing. Council housing, in particular has been transformed. The sense of community is as strong as ever, with organisations like Brixton Neighbourhood Forum, the Brixton Society, Brixton Soup Kitchen, Afewee and Brixton £ and many others doing great work to bring people together and improve our area.

But as local councillors we are keenly aware that our area faces lots of challenges.

A huge amount of our time is spent helping out residents with housing issues. Whether it’s sorting out a problem with heating or a leaking roof, to intervening to prevent someone from being made homeless, Matt and I have dealt with hundreds of cases over the last four years. 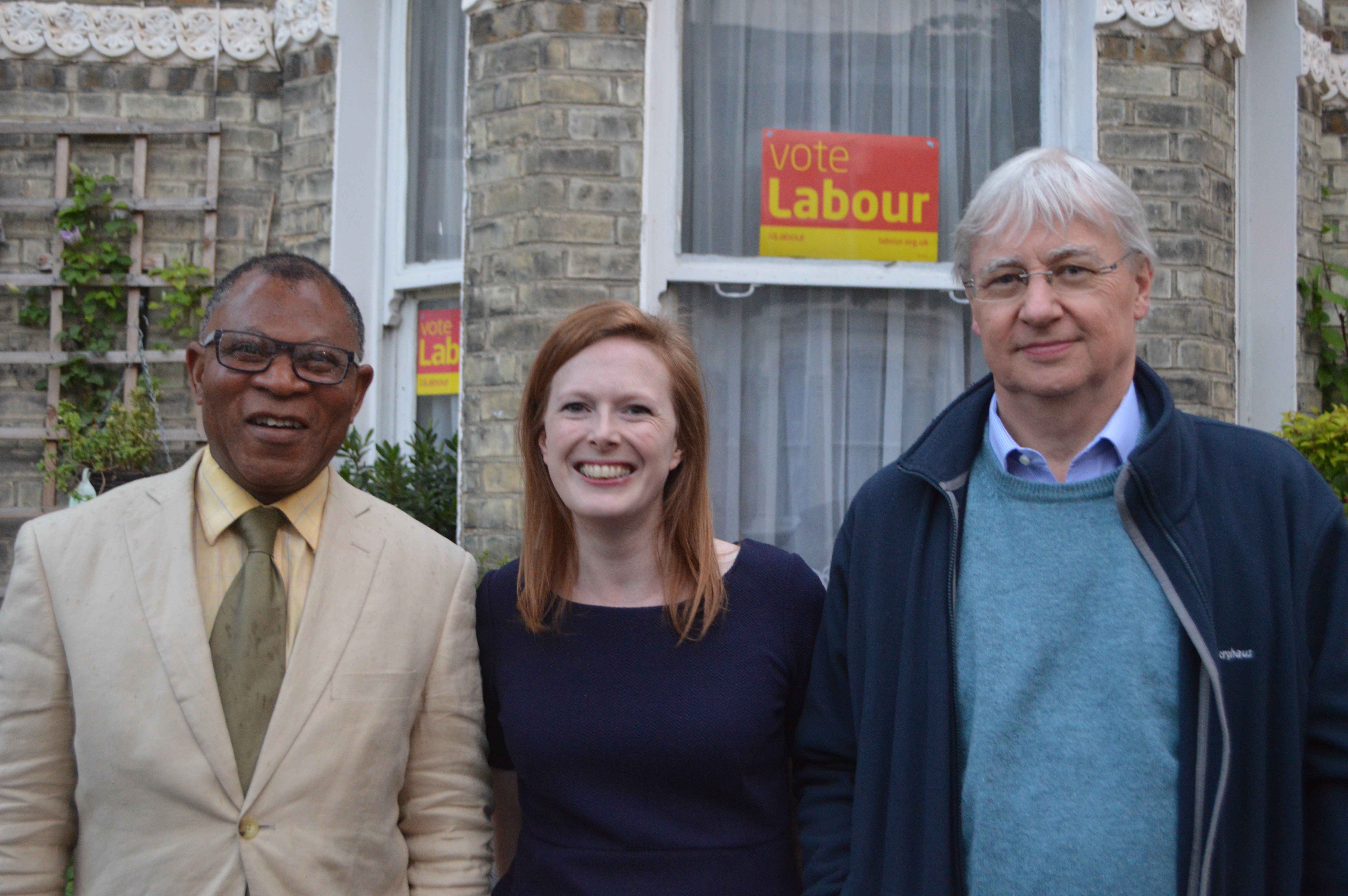 While the Government has done nothing to fix the housing crisis, we are proud that Lambeth Labour has built new council homes and invested a record amount in improving tenants’ homes. Every person has the right to live in a home that is secure, dry and warm and people living in some of our ward’s biggest estates, like Southwyck House, the Loughborough Estate and Angell Town have benefited from new kitchens, windows and bathrooms, as a result of Labour’s £500m investment. That is the difference that a Labour council makes.

When residents of Bailey’s Mews came to us recently saying that they’d received large service charges, we convened a meeting with the developers and the housing association and managed to get the bills suspended. Last summer, after the terrible tragedy at Grenfell Tower meant that the cladding had to be stripped from Southwyck House we spent the whole weekend on the ground, reassuring residents, making sure that they knew what was happening and answering questions. Recently when the communal boiler stopped working in the block, leaving hundreds of residents without hot water, we worked with officers to resolve the issue and then succeeded in getting every resident compensation.

Youth violence continues to blight our community and too many young people in Coldharbour are carrying knives and are getting caught up in violent crime. There are brilliant organisation such as Dwaynamics and Marcus Lipton Youth Centre working with local young people, and a key priority for us has been to champion their work, fighting for funding and providing advice and support. When Ebony Horse Club came to us asking for help recently after running into financial difficulties, Matt and I are were instrumental in securing a £50,000 package of support from the council. For nearly 20 years the community riding centre, based in the shadow of the Loughborough Estate, has provided lessons, mentoring and the opportunity for local kids to gain new experiences outside the box of negative stereotypes. It’s a relief that the threat of closure has been lifted and they can continue to make a positive difference to the lives of local young people.

Just over the road from Ebony, an excellent new project called LJ Works will be opening its doors early next year. Developed with a grant won from the GLA plus and money invested by Lambeth Council, LJ Works will provide affordable workspace for local people. I meet residents all the time who are full of ideas but don’t have the money or the know how to know how to get a business off the ground. By providing deskspace at below the market rate, as well as studio space, maker spaces, a set of kitchens to allow incubation of food businesses,  and food growing, LJ Works will give local people a leg up to realise their ambitions.

LJ Works can only happen because we have a Labour council committed to narrowing the gap and opening up opportunities for residents in our most disadvantaged communities.

Under Labour, we also have a council that gets the basics right. Council tax is amongst the lowest in London, bins are collected on time and local roads are no longer riddled with potholes, thanks to a record programme of investment.

Our area is cleaner and greener too. Hundreds of new trees have been planted and our long campaign to bring Santander bikes to Brixton finally paid off earlier this year. Crucially, we’ve also succeeded in getting the Mayor of London to introduce a ‘clean bus corridor through the centre of Brixton, reducing toxic emissions on the highly polluted Brixton Road by an estimated 85%.

One of the highlights of the last four years was being on Electric Avenue when Eddy Grant and the Mayor of London came down to celebrate its reopening. Over £1m had been invested by the council in restoring the road to its former glory, one of a number of projects that have taken place to improve Brixton town centre and the wider area. Our successful campaign for tougher action against fly-tipping and littering, will help ensure the improvements to our environment won’t be spoiled by a mindless minority.

Lots of people say all politicians are the same or that voting doesn’t matter, but we work hard to listen to local people and get things done. Whether it’s housing, anti-social behaviour, the state of the roads or fighting for funding for local groups, we’re here for people and we work as hard as we can to help.

We want to continue making a difference in Coldharbour and we hope local people will put their trust in us again on 3rd May by using all three votes for Labour.