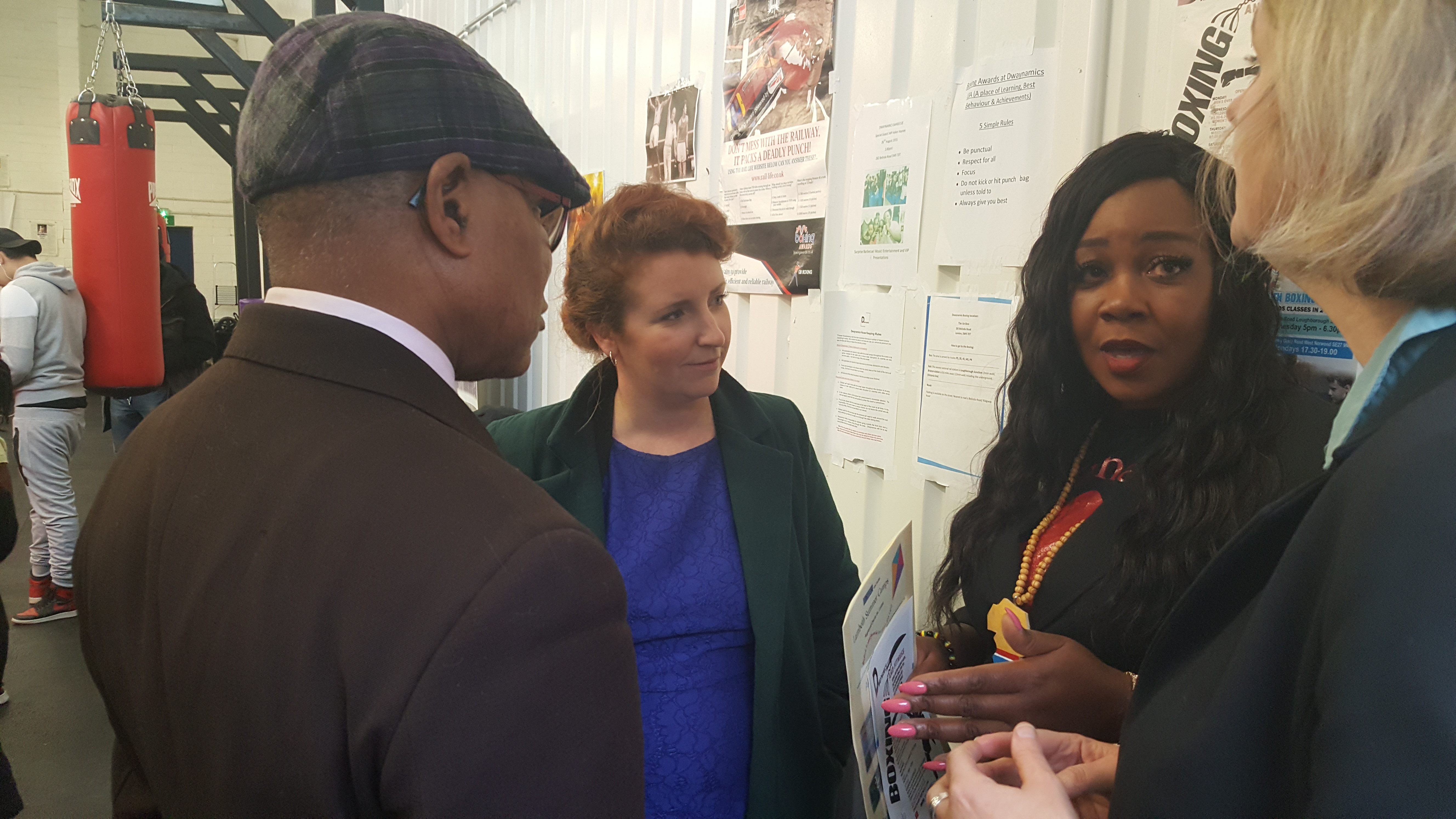 The gym was set up by Pastor Lorraine Jones following the death of her son Dwayne Simpson in 2014. He had opened a local boxing club with the aim of keeping young people out of gangs, and after the tragedy Lorraine felt compelled to continue his work.

The popular gym hosts several classes every day, with hundreds of youngsters passing through its door every week.

Lorraine is a leading campaigner against youth violence and through Dwaynamics has helped hundreds of young people build their skills and confidence. She says that without this service many of them may have ended up leading a life of crime or even worse. 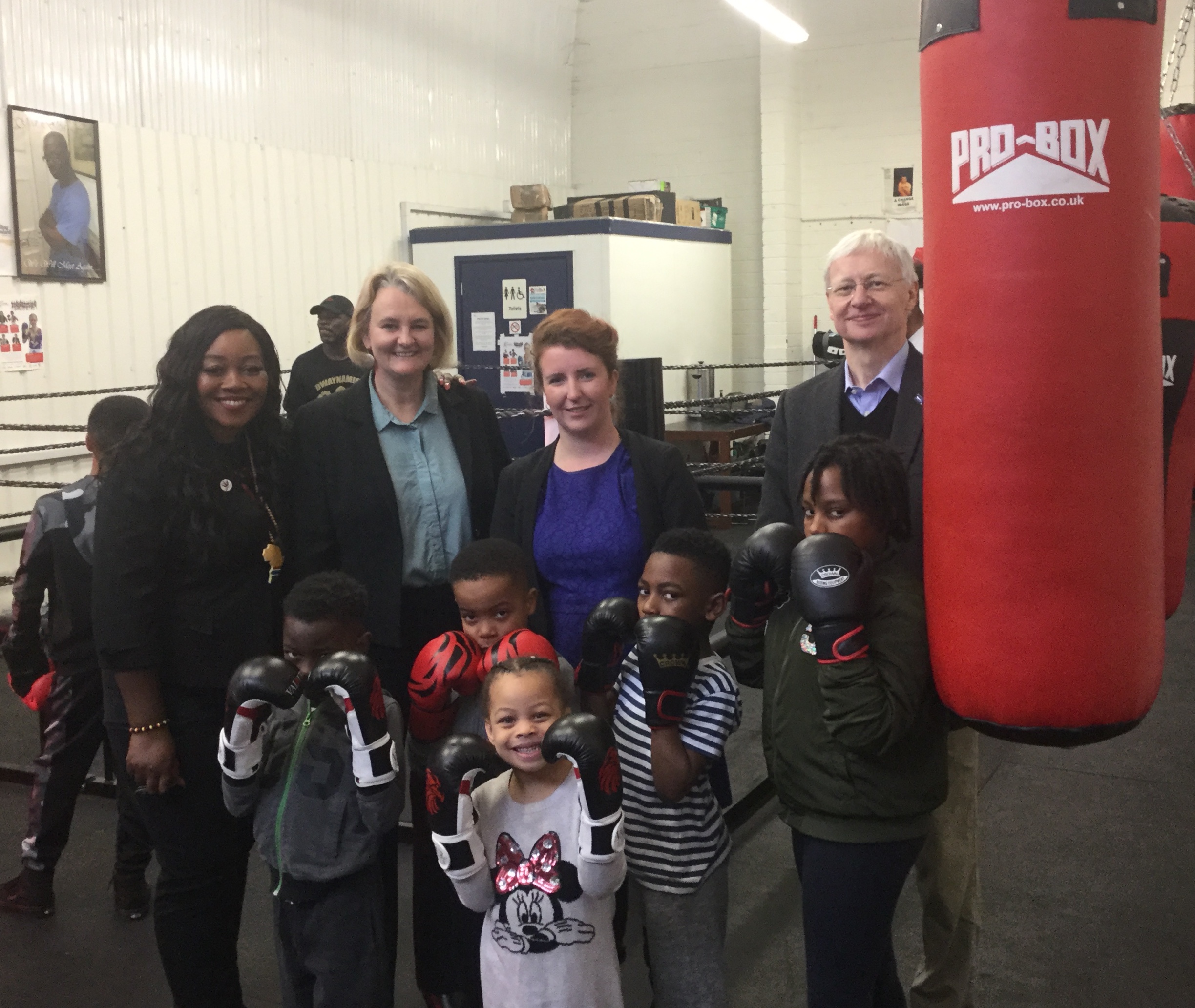 They discussed the alarming rise in violent crime in London and the vital role of community organisations like Dwaynamics in keeping young people on the right track. 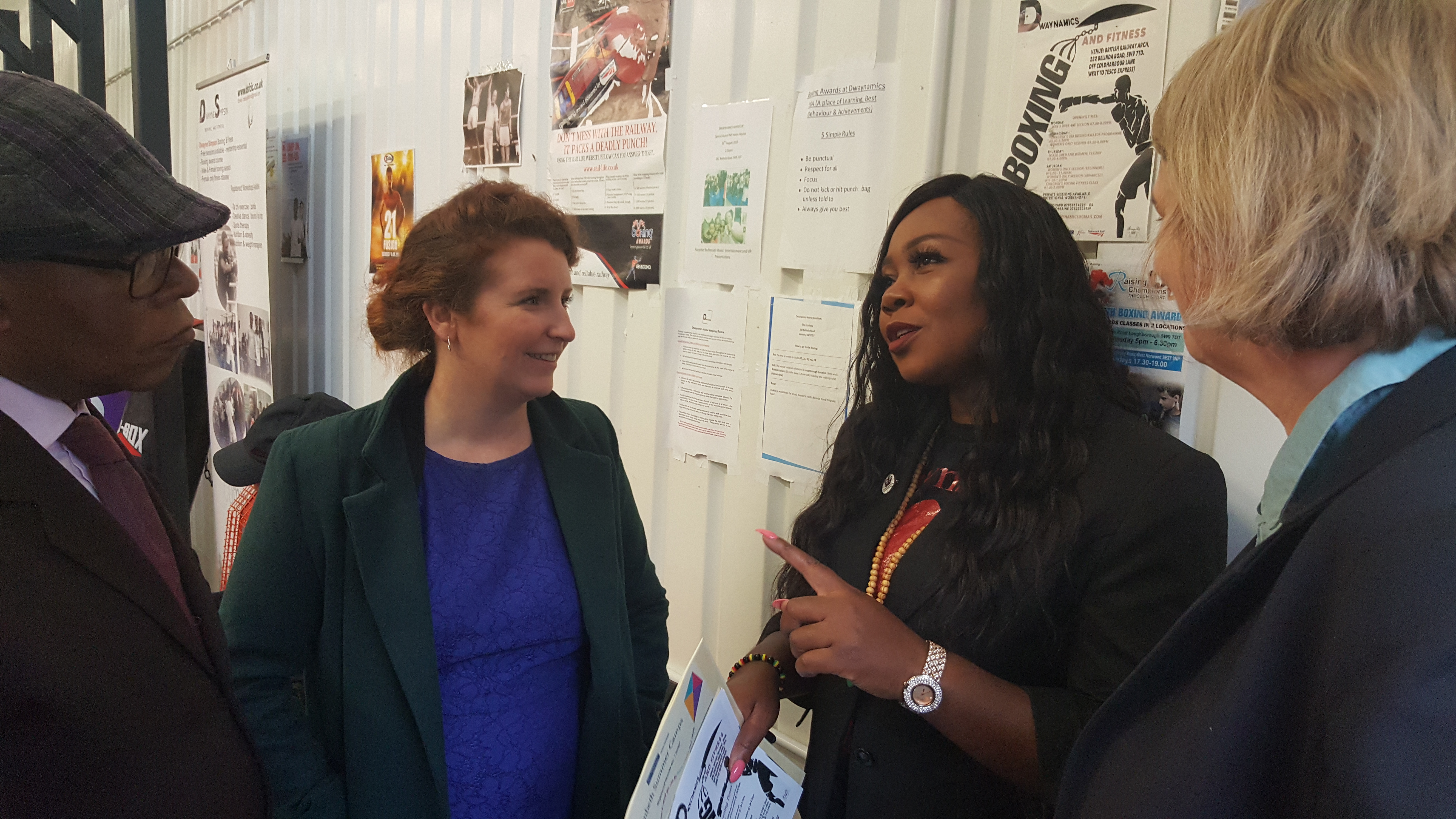 The Government has been criticised for funding cuts that have severely weakened local services and led to 3,000 fewer police officers on the streets of London since 2010. Their 114 page serious violence strategy launched earlier this week did not contain a single mention of police cuts, despite a leaked Home Office document stating that the reduction in police numbers is a contributing factor to rising violent crime.

Speaking at a cross-party summit at City Hall earlier this week, Cllr Peck called for the government to put in place a long term vision for tackling both crime and the root causes of crime.