Tonight (Tuesday 3 April) Councillor Jacqui Dyer MBE will be on Channel 4 News explaining how Lambeth Labour is supporting our black communities to enjoy better mental health. She writes here on the journey so far. 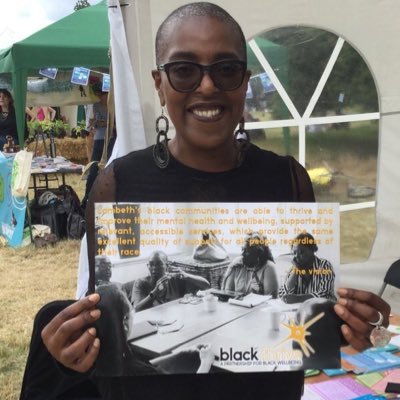 It is 70 years since Lambeth began to become the home to the UK’s biggest black community with the docking of the Empire Windrush.

Since then many people of African and Caribbean origin have thrived here, helping build our key public services, and making a massive contribution to our cultural, economic and political life.

After decades of being under-valued this contribution has been better recognised with the creation of Windrush Square, the new Black Cultural Archive and the African and Caribbean war memorial.

Despite the successes inequality remains and, to name one example, nationally black men are 17 times more likely to be diagnosed with a serious mental health illness than their white counterparts.

This kind of figure and the coroner’s report into the 2008 death of Sean Rigg prompted the establishment of the Lambeth Black Health and Wellbeing Commission co-chaired by myself and Cllr Ed Davie.

Since then we have had considerable success in working with residents and services to try and set that right.

We have established Black Thrive, a partnership organisation that facilitates dialogue between the black community and services, enabling all of us to start delivering the kind of support that appropriately addresses needs.

The Lambeth Labour 2018 Manifesto commits a Labour council to continuing to work with Black Thrive to deepen these improvements, along with other measures to reduce inequality and improve mental health.

Already we are working with the borough’s services through the Lambeth Living Well Collaborative and developing the ground-breaking alliance contract to deliver better adult mental health services in the borough.

Acute admissions of Lambeth residents to psychiatric hospitals has fallen by about 40% as more people get more appropriate, earlier support in the community.

Mosaic Clubhouse is a good example of this type of working with hundreds of members who have mental health conditions supporting each other in a council owned building with significant council funding.

At the Clubhouse on Effra Road, Brixton members learn skills, work in the café, garden and office and support each other to live happier and healthier lives.

Mosaic is home to an evening and weekend sanctuary where people experiencing mental health crisis can get peer and professional support without needing to go to hospital or ending up in police custody.

It is great that services are changing to reflect better what people need but the inequalities that lead to the disproportionate number of black people becoming unwell also urgently need addressing.

Our manifesto commits to delivering the commission’s objectives as well as reducing poverty through extending the uptake of the London Living Wage, creating 1,500 apprenticeships, reducing the education gap between Black Caribbean students and their peers and building more genuinely affordable homes.

To date Lambeth’s black residents have achieved so much but still so much of their potential is wasted. All of us must do better to build on the start we have made to address the inequalities that lead to higher levels of illness, imprisonment, unemployment and exclusion from school. That building can only continue with the election of a strong group of Labour councillors on May 3.

Cllr Jacqui Dyer MBE is Labour Councillor for Vassal, Vice-chiar of the Overview and Scrutiny Committee and Chair of Black Thrive