Lambeth Labour has committed to maintaining weekly bin collections as part of its manifesto for May’s local elections.

Despite government funding cuts of over £250 million forced on Lambeth council by the Conservatives, Labour has pledged to protect weekly collections of residual waste and recycling. Across the country, over three-quarters of councils have abandoned weekly collections due to government cuts in funding but Lambeth has always maintained the service.

Since 2014, Lambeth Labour has saved £450,000 a year by introducing new green bins and at the same time increased the rate of recycling. 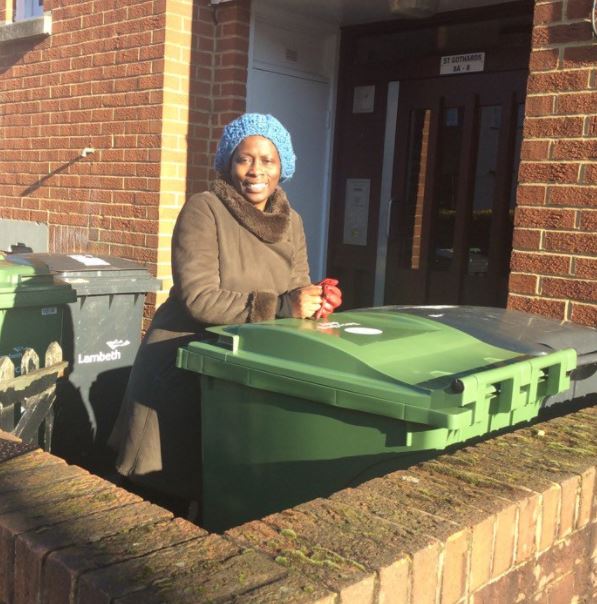 Councillor Jennifer Brathwaite, Cabinet Member for Environment and Housing said: “Collecting people’s bins is the most basic service that the council delivers – and residents rightly expect that it should happen regularly and efficiently.

We guarantee to collect people’s bins every week – it’s one of the key services that residents pay their council tax for. We’re able to do that because Labour has managed Lambeth council well, improving services and cutting down on waste despite huge government cuts.

After the Green Party leader, who is standing for election in Lambeth, went on national TV to argue for an end to weekly collections, residents rightly are concerned that Lambeth could end up looking like Brighton when it was run by the Greens, with huge mounds of rubbish piled up in the streets.”

Ambitious plans to make Lambeth cleaner and greener are at the heart of Labour’s manifesto. Labour has committed to continuing its record investment in fixing potholes and resurfacing roads. The Vale Street recycle and refuse centre will be kept open and free to use, and we will continue our crackdown on fly-tipping and littering by expanding the street enforcement team.

Labour’s full manifesto for a better, fairer Lambeth is available at lambeth-labour-manifesto.org