After years of campaigning by local residents and Labour councillors, work has started on a new, safer St. Leonard’s Junction in Streatham, to be completed by the end of March.

The notorious crossing on the A23 near the Manna bookshop has seen many accidents, two tragically fatal, and has rightly been the subject of vocal concern amongst from people in St Leonard’s.

Stephen Donnelly, Cllr Robert Hill and Cllr Saleha Jaffer of the St Leonard’s Labour Action Team have worked with local MP Chuka Ummuna, Streatham Action and residents to press Transport for London to improve the poorly designed intersection. Thanks to these efforts, construction began in February on a major upgrade which will see a new pedestrian crossing in place, along with a number of other improvements.

Stephen, Robert and Saleha said: “We would like to thank all the resident groups and organisations who have worked with us over a number of years to get this dreadful junction improved. Across Lambeth, many dangerous junctions are being redesigned and improved, part of Labour’s commitment to improving safety for all Lambeth residents.

Get in touch with your local Labour team to tell us what you think of improvements to the St Leonard’s Junction. 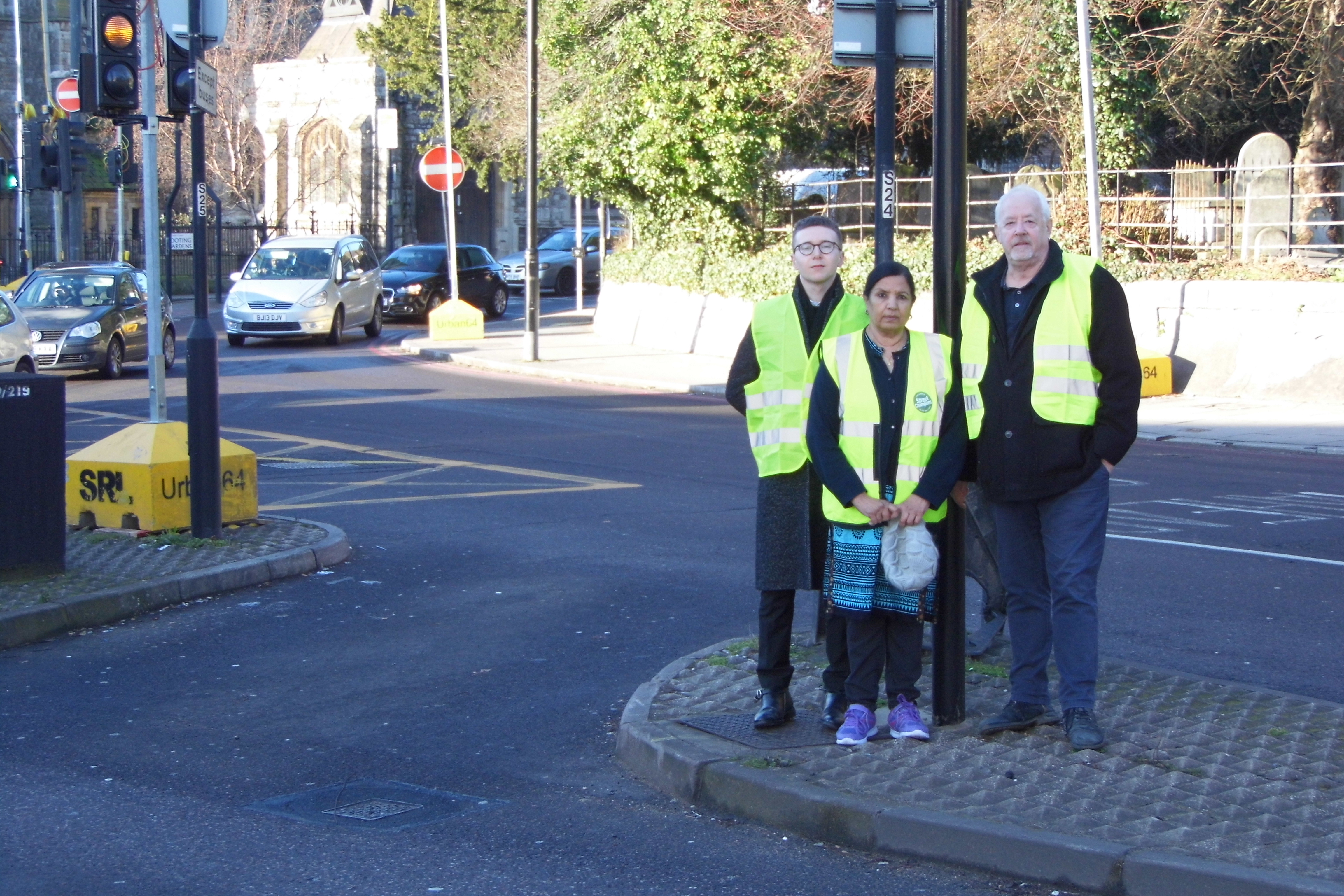