The council and partners have committed to a simple vision, that – “Young people in Lambeth should be free from violence” – for this generation and the next.

The outline strategy already agreed by statutory and community partners will mean reducing serious youth violence becomes a collective priority in terms of resource, outcomes and most importantly seeks brighter futures for children who would otherwise have been victims or perpetrators of violence. 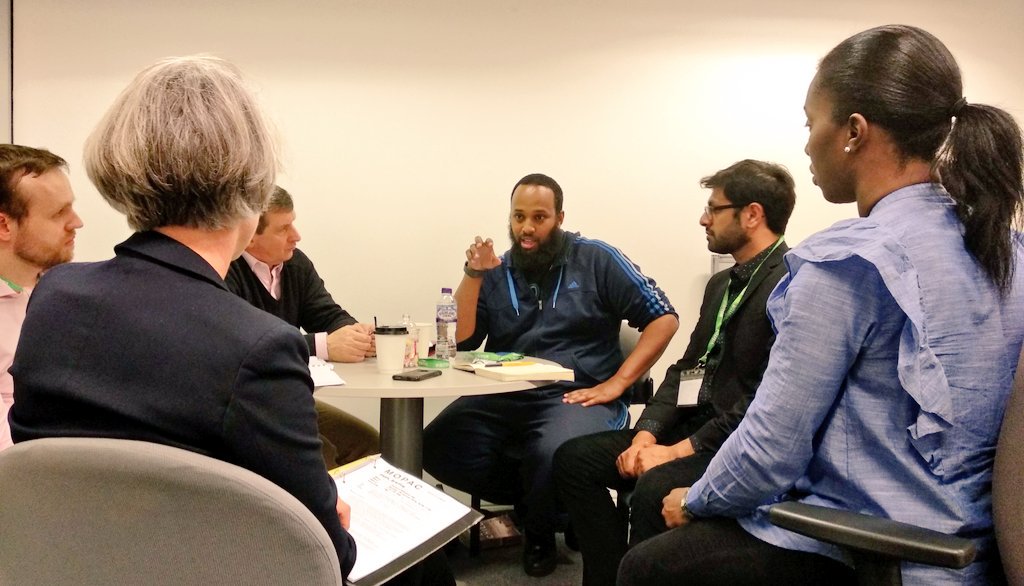 Last year in London there were 12,074 knife crime incidents, up from just over 9,000 the year before and 24 teenagers lost their lives in stabbings or shooting incidents. On new year’s eve, whilst millions were celebrating the onset of 2018, a young boy lost his life to mindless violence on a Lambeth street.

Led by Cllr Mohammed Seedat, Lambeth Council’s response aims to “coordinate the work and investment of statutory agencies and the community. It will be led by the community, and focus not just on the immediate crisis but more importantly how we prevent the next generation of young people from becoming involved. This is an ambitious vision which will take many years to fully materialise. But this first step must be taken.”

The issue of serious youth violence is particularly acute in Lambeth, which suffered 7,000 crimes over a ten year period – the highest volume in London.

One of the core aims of the outline strategy is to improve coordination and collaboration between the multitude of agencies and community groups who deal with the effects of youth crime. For the first time, all council departments will be brought round the same table as the police, Safer Neighbourhood Board, the Young Lambeth Co-op and health groups such as Black Thrive. The aim to collaborate systematically and share better intelligence will result in safer Lambeth communities.

Underpinning all of this will be the adoption of a ‘public health approach’ – at its most basic interpretation this is treating violence as an illness that can be cured if the tell-tale signs are detected early enough and then acted upon.

For example, a 2014 study suggested 91% of all sentenced children present in a Youth Offending Service had suffered childhood trauma in the form of loss or abuse [pdf].

That is why the outline strategy seeks to complement the investment already undertaken by Lambeth Council: in supporting women fleeing domestic violence, working with families of girls at risk of grooming (child sexual exploitation), rehabilitating women offenders [pdf], investing £12 million per year in the broad range of mental health services provided by the innovative Living Well Network Alliance and ensuring Lambeth’s 23 children’s centres remain open (and well used) so all Lambeth children can have the best start in life.

It also means looking at ways to curb the influence of peer groups as well as tackling ‘socio-health’ factors including the prevalence of poverty and deprivation when considering which children are likely to be involved in criminality.

Given the prevalence of youth violence on council & housing association estates, a further aspect of Lambeth’s plan will be the development of ‘estate-based local plans’. Working with residents and housing organisations, bespoke action plans for each estate where violence has been identified as a concern will be drawn up.

The Commissioner of the Metropolitan Police, Cressida Dick has endorsed this approach, arguing that “this is something that goes beyond the Home Office, way beyond policing. It is a public health issue, it’s an epidemic.”

So too has local MP Chuka Umunna who said: “This is an issue which the whole of our society needs to tackle – not just as a criminal justice issue but also one of mental health, community cohesion and social integration.”

The Mayor of London, Sadiq Khan, has also recognised the importance of working with communities to intervene early in a child’s life. His recently announced “Young Londoners Fund” will support education, sport and cultural activities targeted at disadvantaged and vulnerable young people.

Drawing on the success of the Gang Violence Reduction Unit in Glasgow, whose public health approach helped halve violent offending amongst those taking part, councillors hope this will be the first steps in realising the vision set out on the first line of the strategy that “Young people in Lambeth should be free of violence”.