Thousands of Lambeth residents have been left without water for up to five days, with Streatham the worst affected. Schools have been shut, causing huge disruption. Many older residents have been unable to walk the miles to a water depot. Especially for those with young children, this has been a real struggle. And it’s been expensive, with people having to take time off work, or travel to stay with friends and family.

Thames Water has failed in the most basic duty of a water company, to provide water to people’s homes. It paid over £1bn in dividends since 2006 but failed to invest enough in maintaining its pipes, leaving it far more vulnerable when the cold weather hit.

Now it is offering residents who have been without water for 5 days just £50 in compensation.

When the water stopped working, Thames Water’s response was shambolic. It did far too little, far too late. Residents ringing up for basic information were kept on hold for hours. The Thames Water website was constantly crashing, and was rarely updated. For days Thames Water told us all that it had things under control, that the water would be coming back on in a few hours, only to disappoint us again and again. 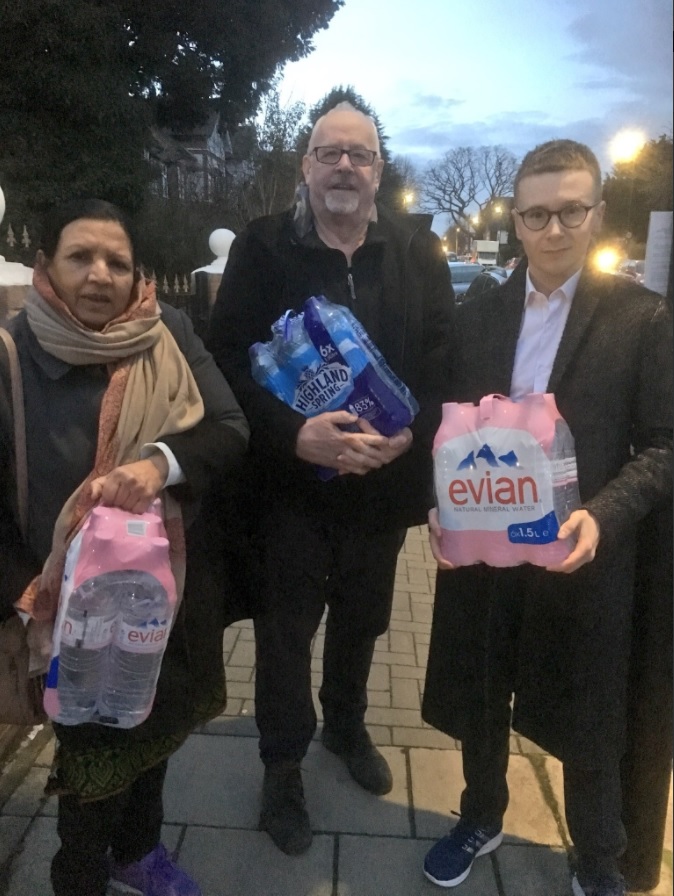 When the scale of the problem finally became clear, Thames Water finally set up a water depot, by Homebase. One depot for the whole of Streatham. Eventually it added a second depot in Balham, but despite the pleading of residents and councillors, refused to do any more. Many residents faced a two mile walk just to collect drinking water.

Eventually volunteers and the council took matters into their own hands. We gave up on waiting for Thames Water to fulfil their responsibilities. We went out and bought water, we set up our own depots. Councillors and volunteers went door to door delivering water to vulnerable relatives. People checked on their neighbours. The community came together.

But none of this should have happened in the first place. Thames Water failed in its responsibilities at every turn. It needs to be held to account. This must never happen again. Lambeth cabinet members Mohammed Seedat and Jennifer Brathwaite have written to Michael Gove MP calling for a government inquiry into Thames Water’s handling of this crisis, and whether Thames Water is fit to run London’s water supply. We are also be calling for Thames Water’s management to attend a special meeting of the council’s scrutiny committee so local councillors can hold them to account.

This inquiry should also look at the compensation residents get for the days of disruption they have suffered, and the expenses they have occurred. Under current rules residents who’ve been without water for four days are only entitled to £50. When Thames Water makes £600m profit, that’s nowhere near enough. And they have to apply for it, which disadvantages vulnerable residents, or those without the internet.

Thames Water should do the decent thing, and announce a fair and generous compensation scheme to everyone who has been impacted by the shortages. And it should be a blanket scheme for all those in the impacted area, so that those who don’t know how to apply don’t miss out. If Thames Water refuse to do this, then the government should look at changing the compensation rules.