Over 1,000 new apprenticeships to be created in Lambeth

Jobs and training opportunities on major developments will be set aside for local people after Lambeth Labour councillors voted to introduce tough new requirements on developers.

The Employment & Skills SPD, agreed by cabinet earlier this month after nearly two years of consultation, will put local people at the front of the queue for the opportunities created at major sites -; not just during the construction phase but in the end use too.

The idea is to help to give young electricians from Brixton or architectural apprentices from Streatham, a leg-up into good-quality local jobs. At Nine Elms alone, 22,000 jobs are set to be created by 2031 and major developments are planned or in progress at several other sites in the borough.. 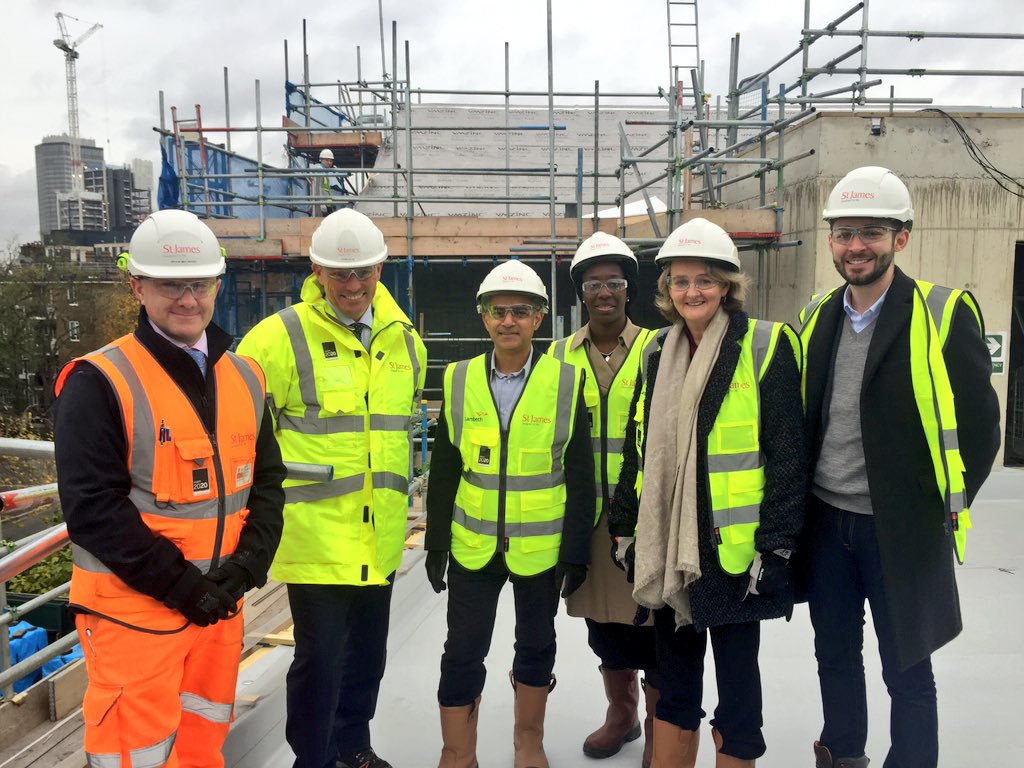 Lambeth has benefitted from enormous growth, with hundreds of millions invested in creating homes, revitalising neighbourhoods and creating space for businesses to thrive. As a consequence the number of jobs in the borough has grown by around 30% since 2005. Employment is at a record high and the unemployment rate has fallen drastically from 9.8% during the Tory recession to 5% in 2017.

Lambeth led the way in becoming a Living Wage employer in 2012 but too many in the private sector have not followed suite. Despite the huge growth in jobs, investment and opportunities, there are still large pockets of poverty and deprivation, with Lambeth ranking as the 8th most deprived borough in London.

In keeping with the findings of the Lambeth Equality Commission, a key focus of the new approach will be to help those furthest from the Labour market -; people with disabilities, the long-term unemployed and out of work young people. Over the last two years 400 people have been supported into work from section 106 agreements with private developers and 129 have been supported into training and qualifications.

Now, thanks to the new planning rules, an extra 1,000 apprenticeships are expected to be created over the next four years, with an additional 150 created in the supply chain -; putting Lambeth at the forefront of best practice across London.

As a major employer in the borough, the council also has a key role to play in supporting residents into work.

A new, greatly expanded council apprenticeship programme will ensure that Lambeth invests in the talent and potential of  residents. Over the next four years at least 240 apprenticeships will be created within the council, targeted at those who face the biggest barriers to work. Lambeth will also work with the NHS, the Police and other large public sector employees to provide a joined-up approach to training and apprenticeships.

The aim of the programme is: ‘to support the recruitment of diverse local talent into our Council, always encouraging our workforce to develop and thrive’. Young people who do not have the basic skills or confidence to assume an apprenticeship straight away will be supported through a tailored programme of pre-employment support.

The council has also developed an employment support programme especially for care leavers and is rolling out a structured work experience programme, known as Industrial Cadets, for 16 to 24 year olds who are not in employment or training.

This should ensure that the benefits of Lambeth’s apprenticeship programme are felt first and foremost by those local residents who are most in need of support.