At Full Council on 25th January, Lambeth Tories put forward a motion bizarrely focused on Wandsworth, with little reference to Lambeth and some very selective information on housing. Councillor Diana Morris, who has served as a councillor and on Lambeth’s Planning Committee for 12 years, was more than happy to set the record straight on Labour’s commitment to affordable housing and the Tory failure in Wandsworth… 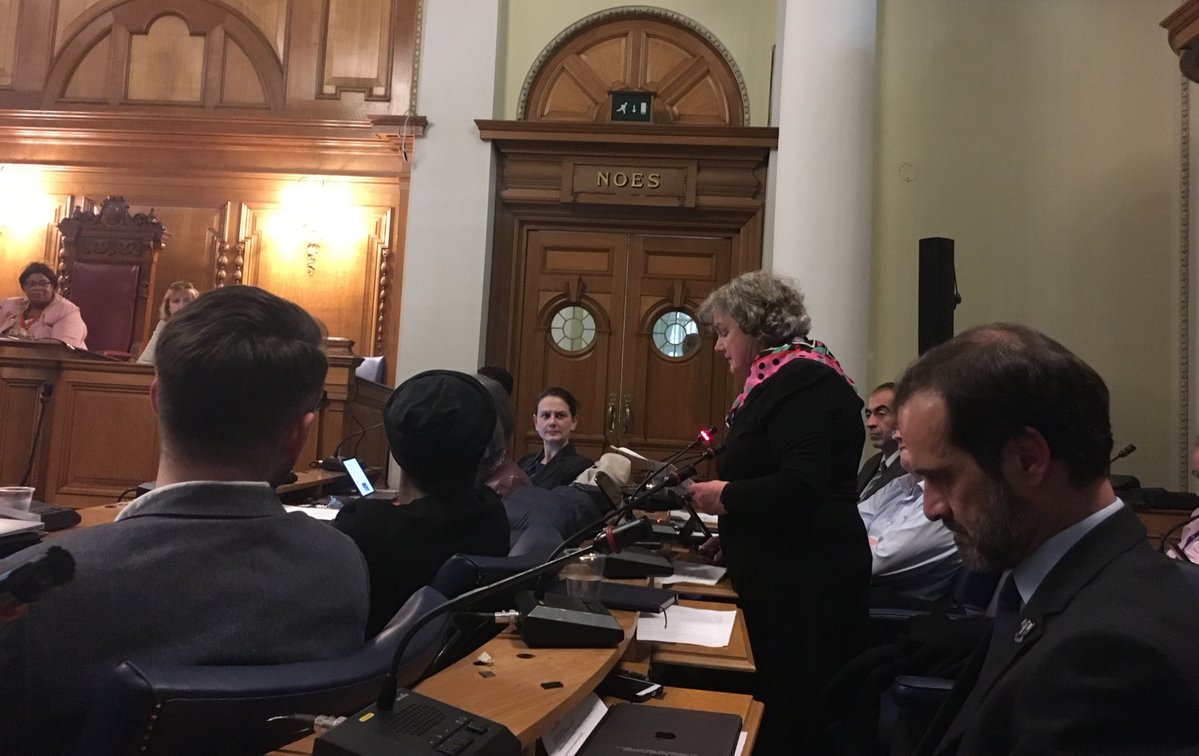 This may be the last time that I rise to speak in this chamber so I wanted to take this opportunity to defend Lambeth’s record on affordable housing against the misrepresentations from the opposition in their comparisons with Wandsworth.  I would prefer not to end on a sour note but I’m finding it difficult to avoid that.

Throughout my 12 years on the council I have served either as chair or vice chair of the Planning applications committee so I take it as a personal affront that our record on meeting the borough’s housing needs should be under attack.  I can honestly say I have strained every sinew to achieve the best deal for our residents on affordable housing.  We haven’t always taken the easy route of simply maximising numbers as Cllr Briggs recently seemed to suggest.

We have always prioritised social rented housing that we are confident will meet the needs of those of our residents who would otherwise be unable to find a home – even if it means fewer overall.  Despite that we have an excellent record on delivery.

Delivering affordable housing isn’t easy and it has been made more difficult by the so called reforms to the planning system introduced by the Tory and Lib/Dem Tory governments.  I’ve not got time to list all the obstacles put in our way so I’ll mention just one -; and that’s the right for developers to change offices into homes bypassing the normal planning system and thus removing the ability for us to negotiate an element of affordable housing.

We have a local problem too created by the Tories’ beloved Wandsworth which is their unambitious target of 15% affordable housing in the VNEB/Vauxhall Nine Elms Battersea area.  This inevitably has an effect on land values and makes it so much more difficult for us on our side of the border to achieve our much higher target of 40%.

Cllr Briggs a while ago made much of Wandsworth’s achievements based on some very selective information.  Well I can tell you that according to their own data Wandsworth managed to deliver last year just 23 social or affordable rented homes in their very large part of VNEB.  And the year before, that figure was -; wait for it -; zero.

Despite all of this, the Tories seem to think that they could do better than us by modelling themselves on Wandsworth.  That surprises me because I have never heard them make any positive suggestions even when they used to turn up to Planning Applications Committee.  Now of course as Cllr Wellbelove said earlier they disgracefully even bother to attend.  And Councillor Briggs has a place on the Cabinet Advisory Panel that develops our borough planning policies.  If he thinks that he has a magic wand that could improve our performance in this area then he could have shared it with us through that Panel.  But he very rarely attends.  If he were really keen to serve the residents of the borough on this matter he would spend less time pontificating in such an uninformed way in this council chamber and spend more time finding out the real facts and doing the real work like we are doing on this side of the chamber.