For a number of years women seeking to access abortion services in Lambeth have been subject to intimidation and harassment from groups stationed outside the borough’s two abortion clinics.

When attending the clinics, women must walk past people bearing placards with graphic imagery and handing out leaflets with false or misleading medical information. 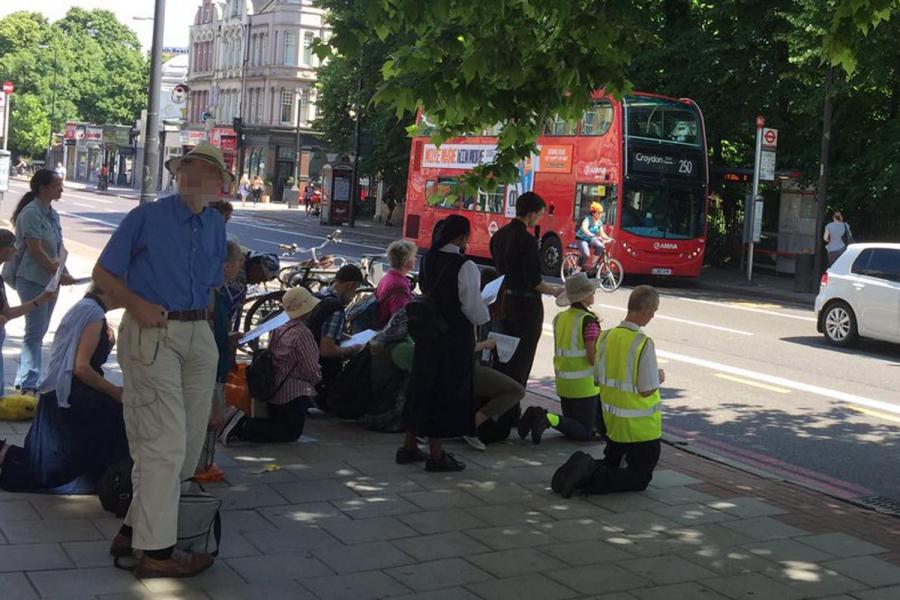 Protesters outside an abortion clinic on Brixton Hill

While everyone has the right to protest peacefully, I believe it is completely unacceptable for women to be subject to intimidation and harassment simply for exercising their legal right to access abortion services.

Evidence collected by the Back Off campaign, the British Pregnancy Advisory Services (BPAS) campaign to end harassment and intimidation outside clinics, paints a troubling picture of the experience of staff and service users at Marie Stopes in Brixton and BPAS in Streatham.

One woman said she suffered from an existing mental health condition and the comments from protestors “significantly increased my anxiety and anger.” Another user said they made her feel “uncomfortable and afraid of what would happen.” One said the activites “upset people already going through a traumatic situation’.

From the 26th September to the 30th October, 13 separate protests occurred outside the BPAS clinic in Streatham at the clinic, indicating the significant and ongoing nature of these protests.

These activities are not confined to Lambeth. Several London boroughs are exploring what action they can take to protect women seeking to legally access abortion services and at a national level there is mounting pressure for the Government to intervene.

A letter organised by Ealing MP Rupa Huq and signed by 113 MPs from 5 parties urged the Home Secretary Amber Rudd to bring forward laws to impose ‘buffer zones’ outside clinics. This call was backed by MPs on the Home Affairs Select Committee in December who heard evidence from Marie Stopes staff who described women being heckled by anti-abortion protesters and cited examples of women entering clinics being physically grabbed, called “Mummy” and told they would die from cancer.

The recent announcement that the Government will conduct a review into harassment and intimidation near abortion clinics, is very welcome. We will closely watch the outcome of this review but we believe that the seriousness of this issue requires action now.

That’s why, along with Ealing and a number of other local authorities, Lambeth is considering the introduction of a Public Space Protection Order (PSPO). A PSPO can be used to prevent protests within a defined zone around particular sites, with fines of up to £1,000 if the order is breached. It does not ban people from undertaking protests in the borough, but restricts any activity within those zones so that it does not impede women and girls accessing health services or cause undue distress or harassment.

Our engagement with stakeholders, providers and service users has led us to conclude that there is a sufficient and reasonable basis to consult formally on the introduction of a PSPO.

A four week public consultation has been launched (click here to take part) that will engage a wide variety of stakeholders including service users, local residents and the main group identified as engaging in this harassment and anti-social behaviour.

Lambeth’s Cabinet will then consider all of the evidence and the representations received during the consultation before coming to a decision on whether to proceed at Cabinet in March 2018.

The PSPO is being backed by Lambeth Labour councillors who have tabled a motion to be voted on at the full council meeting on Wednesday (23/1). It condemns the actions of anti-abortion campaigners, noting the distress caused by ‘graphic imagery and false medical information’ and calls for the council to take action to end the harassment of women, residents and staff.

Unfortunately, Lambeth’s Tory councillors have put forward their own amendment which removes any reference to health clinics that provide abortion services and opposes taking action on this issue. It is astonishing that they have done so when even the Tory Home Secretary has backed action on this issue – but it is yet another sad reminder of just how out of touch and right-wing the Tories in Lambeth are.

By contrast, my Labour colleagues are proud to put forward this motion and to support action on this issue.

Cllr Mary Atkins, a local councillor in Tulse Hill, said: “Since becoming a Councillor I have frequently been contacted about the intimidating tactics used by demonstrators and how these tactics can be curbed. It is therefore really positive that people entering the clinic will now not be subject to intimidation and will be able to maintain personal privacy. “

Marianna Masters, a member of the Streatham Wells Labour Action Team, said: “This is an important issue for local residents in Streatham Wells and many other parts of the borough where these clinics exist. As a team we have been pushing for firm action that protects women excerising their rights. We are very pleased that this motion will be voted on at Lambeth’s council