The arrival of Santander Bikes in Brixton is set to begin this week, marking a major victory for Lambeth Labour.

Councillors have campaigned for the network to be extended since 2010 and now seven docking stations will be installed over the next two months.

The first will go in on Sidney Road, forming a link with the existing docking stations in Stockwell. The others will be located on Wynne Road, Saltoun Road, Normandy Road, St John’s Crescent and Ferndale Road. Work is expected to be completed by the end of January. 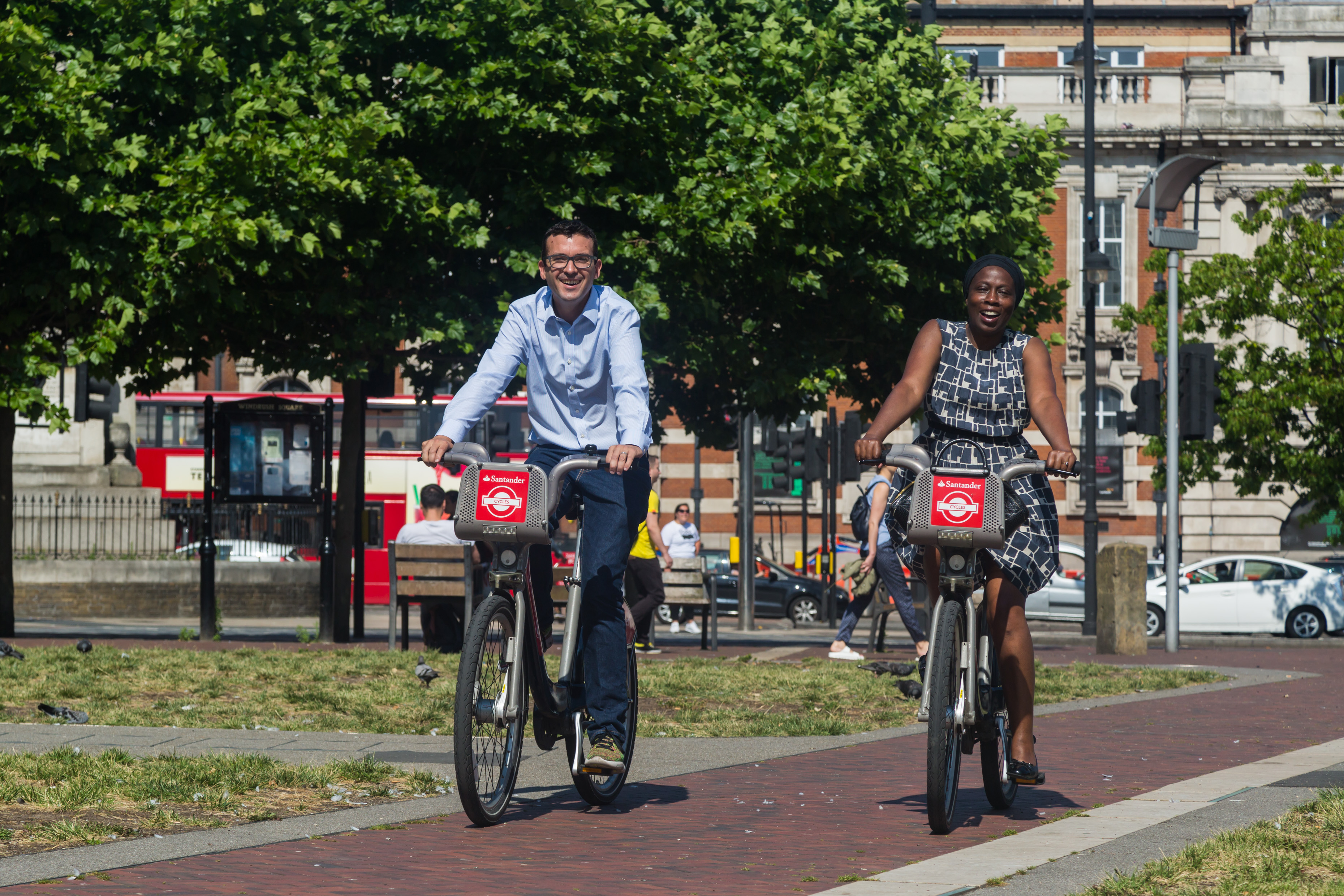 Under former Mayor Boris Johnson the bikes were rolled out to Tory-run Wandsworth and affluent postcodes in West London, but Brixton was overlooked, despite huge levels of demand.

However, earlier in the year, Lambeth’s transport lead, Cllr Jennifer Brathwaite, struck a deal with TfL over funding for the new hubs. The installation will be paid for through a combination of Lambeth’s annual LIP (Local Implementation Plans) grant from TfL and Section 106 contributions from developers. Operational and maintenance costs will be met by TfL.

More and more people are using the bicycles, which provide a quick and easy way to travel around the city and will help reduce the congestion on our roads that is contributing to such poor air quality.

Under Labour, Lambeth has become one of the best places in London for cyclists. Safety has been improved by redesigning dozens of dangerous junctions, including the notorious Kennington Oval intersection and introducing a 20mph speed limit. Thanks to council funding, more cyclists have been trained than any other borough and we’ve made efforts to help people on estates to take up cycling by offering free maintenance courses, increasing the number of hangars and setting up a bike lending library.