The Chancellor had a crucial opportunity in yesterday’s Budget to make a difference to the lives of Lambeth residents.  Earlier this week, I set out the key priorities that matter to our residents, priorities that Lambeth Labour councillors have heard on the doorstep, in community meetings and in conversations that are happening throughout the borough. 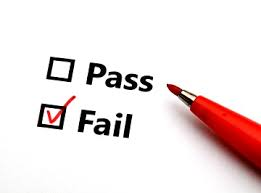 People in Lambeth have been clear to us that they want genuinely affordable housing, council homes that have first rate fire safety, an end to the universal credit fiasco and investment in our young people. So how did the Chancellor do against these key asks from Lambeth residents?

This was a classic example of the Tories misunderstanding the reasons for the housing crisis. The changes to stamp duty will deliver no real benefit to people in Lambeth looking to get on the property ladder given the rising level of house prices.

On house building, Lambeth Labour is committed to building 1,000 new homes at social rent, including the first directly delivered council homes in Lambeth in a generation. But our attempts to provide more homes are increasingly hamstrung by government rules. We asked the Chancellor to allow us to use money from right-to-buy sales to build replacement affordable homes, but he said nothing. And the government are now reneging on promises to fund the £3.1 million bill for urgent safety work carried out in Lambeth in the wake of the Grenfell tragedy.

School funding and early years investment was barely mentioned in the budget, with no new funds announced. Like adult social care and council funding, there was little sign of respite for these under pressure services.

A campaign by Labour councillors helped suspend devastating Tory cuts to local schools earlier this year, but many still face the prospect cuts over the next few years, which could see less teachers, less investment in buildings and less support for children who need extra help in the classroom.

We will now renew our efforts to protect Lambeth schools as well as oppose planned Tory cuts which place our excellent children’s centres and other early year’s services at risk.

Despite the chaos being caused by the rollout of the universal credit system, the government said it would only cut the wait time for vulnerable residents and their families to receive their benefits by seven days. This will still leave many facing up to 4-5 weeks without financial support. The Chancellor ignored the evidence from every part of the country that this roll-out is simply not working and the policy is not fit for purpose.

The Chancellor also failed to lift the pay cap that affects thousands of public sector workers throughout Lambeth, which we called for last month.

Sadly yesterday, we saw once again that this government won’t stand up for our residents on the issues they care about. We’ll continue to put pressure on the government to protect our most vulnerable residents, to let us build more genuinely affordable homes and to invest in our young people. But we know that we need a Labour government to really deliver for Lambeth residents and a Labour council to stand up for them.

At the local elections next May, there will be a clear choice, between a local Labour party that is fair and ambitious for all, and a Tory party stuck to a cruel mantra of austerity that delivers nothing for the people of Lambeth.