The Chair of Streatham St. Leonard’s Safer Neighbourhoods panel has backed Stephen, Robert and Saleha, Labour’s candidates for St Leonard’s ward in the the local elections on Thursday 3 May.

Local resident Mahdi Hassan chairs the group which is responsible for working with police officers and the wider community to keep our neighbourhoods safe. 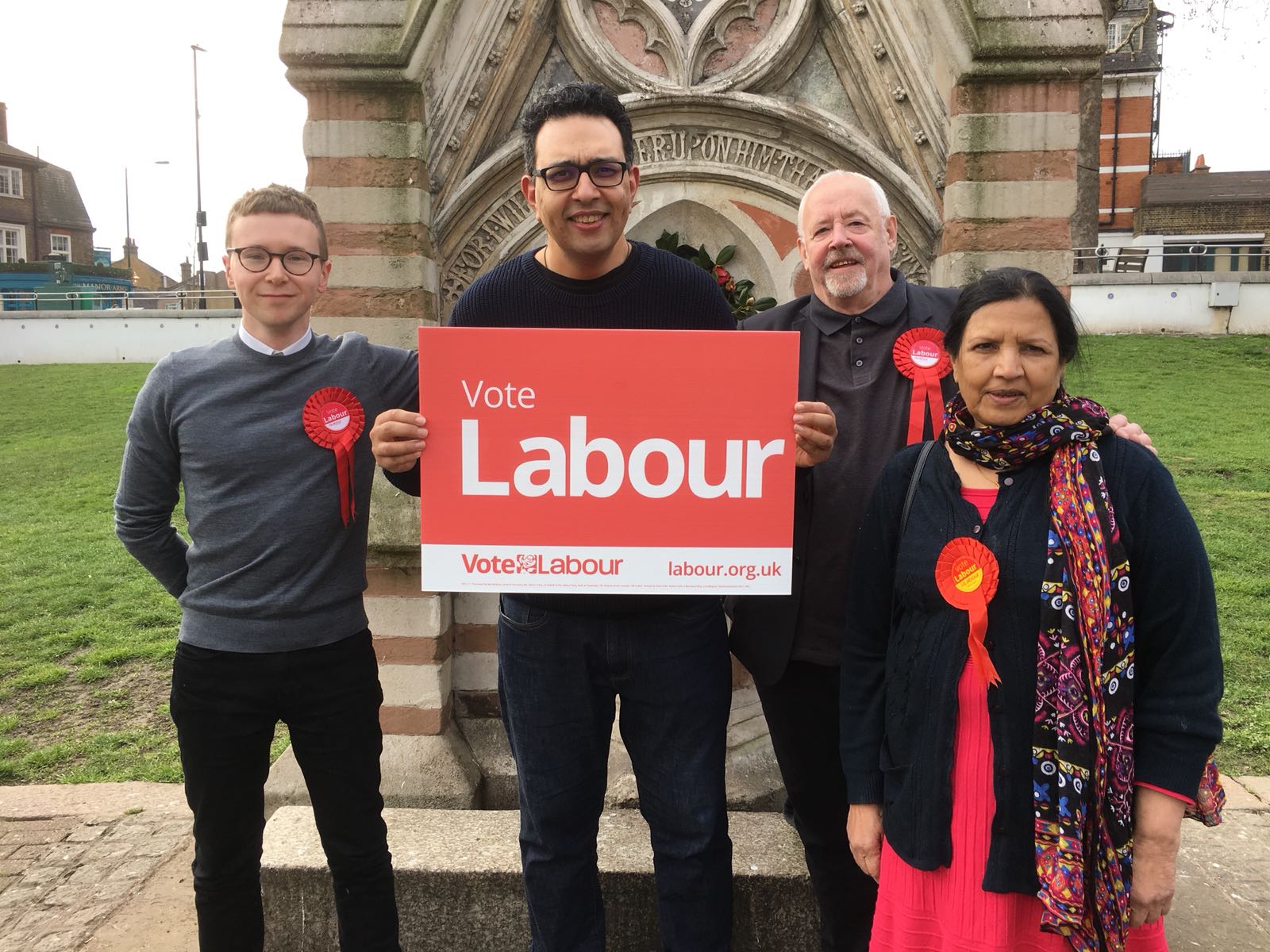 Mahdi said: ”Stephen Donnelly, Cllr Robert Hill and Cllr Saleha Jaffer campaigned tirelessly to save Streatham’s police base from Conservative cuts. I’m backing them at the local elections on 3 May because as a strong team they’ll stand up for safer neighbourhoods, by fighting the cuts to local police services, and by cracking down on anti-social behaviour on our streets.

Stephen, Robert and Saleha have been vocal campaigners against the Conservatives’ austerity agenda, which has pummelled frontline police numbers in London, with over two thousand officers lost from our streets.”

The local elections are taking place on Thursday 3 May.