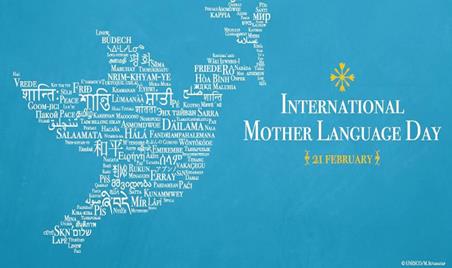 Today, the 21st of February, we celebrate International Mother Language Day (IMLD) 2018, observed annually since 2000 to promote peace and multilingualism around the world, and to protect all mother languages.  On November 17,1999, The United Nations Educational, Scientific and Cultural Organisation (UNESCO) proclaimed February 21 to be International Mother Language Day and it was first observed on February 21,2000.

UNESCO established this as an observance as an effort to “promote the preservation and protection of all languages used by the peoples of the world”. UNESCO invites Member States to celebrate the day in as many languages as possible because linguistic diversity and multilingualism count for sustainable development.

It is also a day in which Bengalis honour four students who lost their lives on February 21, 1952, because they had campaigned to officially use their mother language. Their sacrifice catalysed the Bengali Language Movement.

I was born in Bangladesh (or East Pakistan as it was then) and came to England when I was barely two years old.  My parents grew up in the Indian Subcontinent at a time of immense geo-political upheaval with ever changing identities: from British to Indian to Pakistani and finally Bangladeshi.  The only thing that was their constant was their mother language.  So it’s no wonder that my first words were uttered in Bengali.  I don’t recall how I learned to speak English.  As with many immigrant families of the time, they knew their English language skills weren’t quite good enough and they were desperate for me to fit in. So they sent me to elocution lessons, so keen were they for me to embrace my new home and the language of Shakespeare, Keats and Wordsworth.

An unintended consequence of their zeal is that I am now more fluent in English than my mother language.  However, I am not alone in this dual language dilemma.  According to a report published by Lambeth Council in 2016, Lambeth is home to school children speaking 150 mother languages.  It is through the mastery of the first language or mother tongue that the basic skills of reading, writing and numeracy are acquired. They, like me, will eventually make English their main language, if they haven’t already done so.  These bilingual children are the unofficial interpreters, assisting family members with translation of official letters.